Everything crochet, delivered right to your inbox!
Home » Free Crochet Patterns » How To Crochet The Moss Stitch - A Step-by-step Guide With Photos!

Learn how to crochet the moss stitch today with the free tutorial below! You may have seen it called the linen stitch, sand stitch and granite stitch, but they are all actually the same crochet stitch. Whatever you prefer to call it, this stitch will create a beautiful-looking crochet piece every time it is used.

How to Crochet a Moss Stitch

The moss stitch is alternating stitches of single crochet and chains in a row. For example, in the first row you would single crochet, skip the next chain and chain one across. Then in the second row immediately following the pattern would be worked by chaining two, then single crocheting into the chain spaces you made the previous row, skipping a stitch followed by a chain 1. You’d then follow along with the second row, which is our repeat row for the rest of the pattern, to create an easy crochet moss stitch pattern.

Crochet Stitches in a Moss Stitch

Follow the step-by-step picture tutorial and written pattern below for a more depth explanation of a crochet moss stitch. After the tutorial, you can find a few free moss stitch patterns, as well as a section about crocheting in the round using a moss stitch.

Use a starting ch in an even number. The example shows 16 chs.

In the fourth ch from the hook sc.

Rep from * across ending with a sc in last ch. End of Row 1

sk first sc from the row before and locate the ch 1 space.

Locate the top of the turning ch.

Sc into the top of the turning ch. End of Row 2.

Rep steps 6-11 to continue for the pattern.

Start: Foundation Row: Any even number

I hope you have found this moss stitch tutorial helpful. If you have any questions or comments, please let me know. Check out some more info

The crochet moss stitch is good to make quite a bit of different crochet projects like scarves, dishcloths that you want to have a tight-knit like stitch on. Below are a few of my crochet patterns that use the moss stitch.

If you’d love to try this stitch on a bigger scale, the Jane Crochet Blanket is a great project to start with. You can make this in eight different sizes, ranging from a baby to a king-size blanket, to showcase the wonderful texture this stitch pattern creates.

This moss stitch blanket is great to use as a cozy throw blanket on a couch. I currently use mine as a blanket for my office, It’s a great accessory for taking naps when I need a break from work. 🙂 Full pattern coming soon.

Moss Stitch Crochet in the Round

You can also use the moss stitch to work in the round as well. This can be done two different ways.

I hope you stop back again soon! 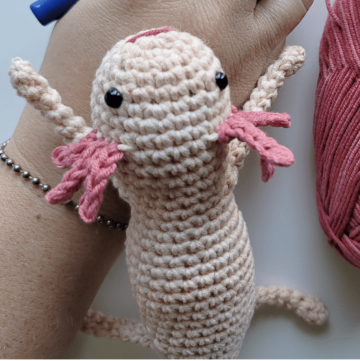 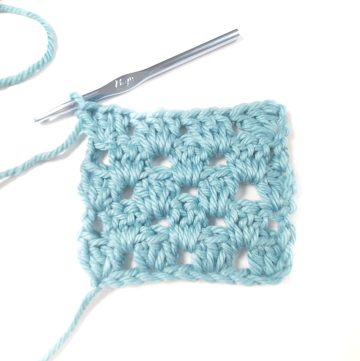 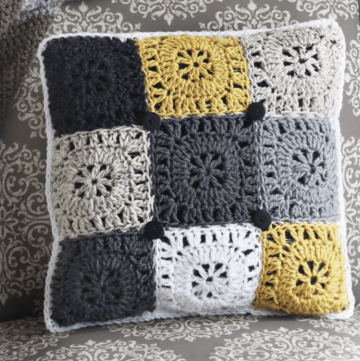 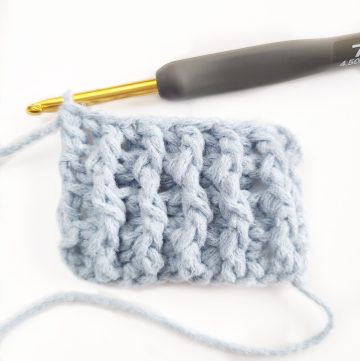 The free version of this pattern comes with limited support. These links should give you the help you need.

EasyCrochet.com makes money through affiliate partner links: If you click on a link, we may earn a commission. Our writers create all reviews, patterns, and other content to inform readers, with no influence from our advertisers. EasyCrochet.com has partnerships with services including, but not limited to Lion Brand Yarn and Amazon.com. Learn more about our policies and disclosures.