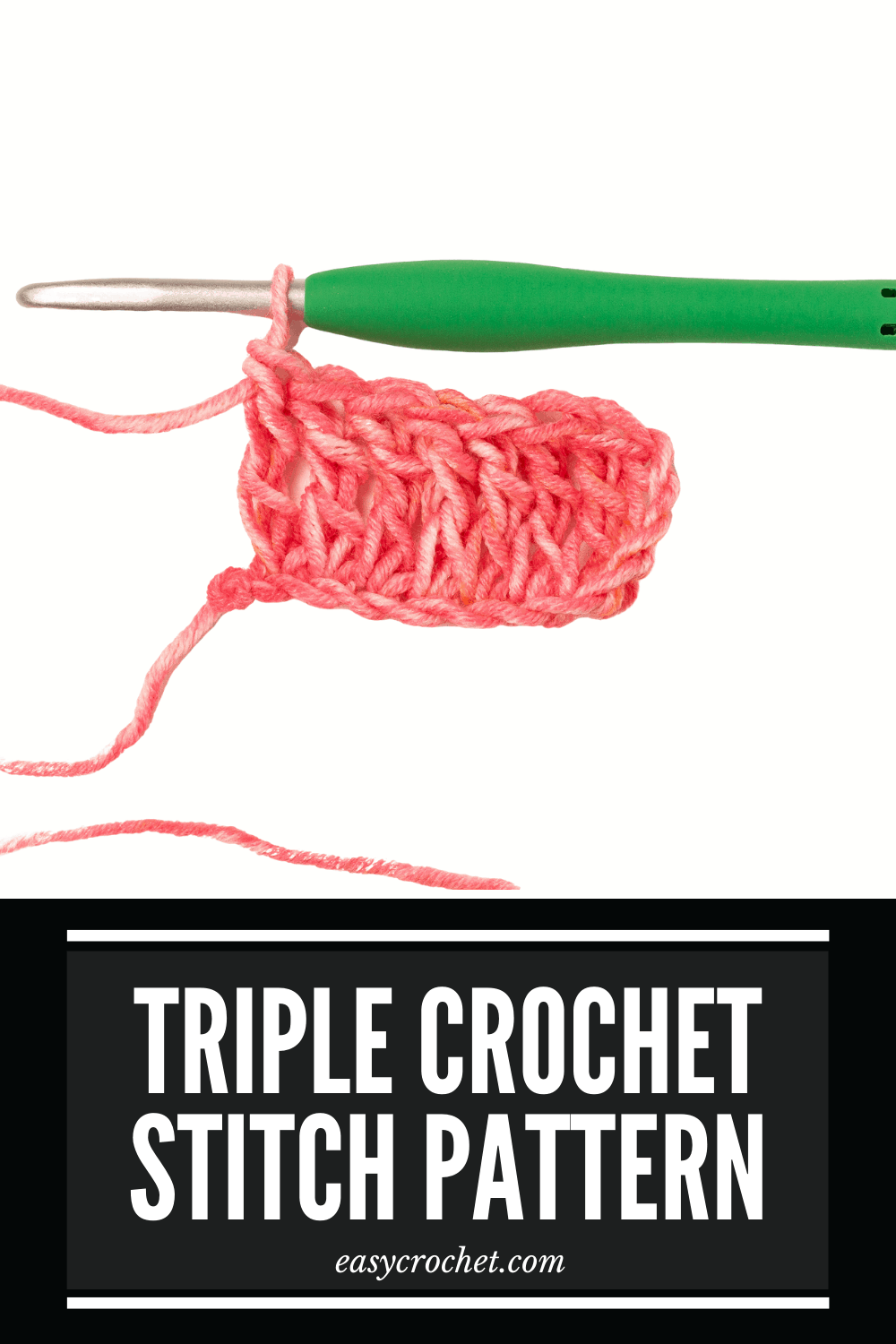 If you landed here wondering how to do a triple crochet (sometimes called the treble) stitch, then you’ve definitely come to the right place!

What is the Triple Crochet Stitch?

The triple crochet is a basic and tall stitch that is slightly taller than a double crochet and used in a good deal of crochet projects. This means it is undoubtedly a stitch you need to learn if you are just beginning to crochet!

The triple crochet is made by working two yarn overs at the start of the stitch, instead of one yarn over as you do for a double crochet.

While this is a common tall crochet stitch, it is not the tallest. In fact, it continues up the stitch ladder with the double triple (dtr), triple triple (trtr), and the quadruple triple (qtr)!

The triple crochet stitch is also sometimes referred to as the treble stitch. However, be careful! This only applies when you are following a pattern written in US terms.

When a pattern is using UK terms, the treble stitch is actually a double crochet (dc) stitch!

You will sometimes see the triple (treble) crochet abbreviated (TR) in patterns. Abbreviations are commonly used in crochet patterns, as they keep the instructions clear and concise.

Below you will find both the full written and video tutorial on how to create the triple crochet stitch.

How to Triple Crochet

You made a Triple Crochet Stitch!

To continue the row of triple crochets

To make a new row of triple crochets

At the end of a row make a turning chain of 3, turn your work, and repeat steps 2-6 in the first st (or last tr from the row before)

Take a look at a few of my favorite triple crochet stitch patterns that can all be found here on Easy Crochet.

The free version of this pattern comes with limited support. These links should give you the help you need.